Opening of the new AnkaSea office

Opening of the new AnkaSea office

As part of the investment of AnkaSea SAC here at Peru, considering the notable growth of the Peruvian economy and also the spectacular increase of volume of reefer cargoes and related activities (keep in mind that agro sector has grown about 20% average in 2014), the board decided to invest in a new office in the center of the commercial sector at Beraca Business Building German Schreiber 184, Office 301, San Isidro/ Lima. The purchase commitment was signed back in November 2014, but finally the operation was closed on March 30th, 2015 and after the final implementation and compliance with Authorities regulations the opening was celebrated on Wednesday 12th August 2015.
The first part of the ceremony (the blessing of the new facility) was only for the local team and the representatives of the board (Mr. Philip Gray on behalf of Seared N.V. and Mr. Ansgar Muschen and Mr. Gonzalo Cepeda on behalf of M&B Agencia Maritima SAC). For this holy moment AnkaSea SAC counted on the participation of the local priest of Nuestra Senora Virgen del Pilar, Father Ricardo Quintana, who blessed all the parts of the facility. His final message was very motivating and focused on team work and efforts; it was a strong message for the AnkaSea-team that has grown a lot during the last year.
The second part of the ceremony took place on the terrace of the Business Building (10th floor). During this part of the ceremony also clients, suppliers, friends and a delegation of the Ambassade van het Koninkrijk der Nederlanden, including the new Ambassadeur Mr. Wiebe J. de Boer and Plaatsvervangend Chef de Poste Mr. Edwin Keijzer participated. AnkaSea’s General Manager Mr. Juan Pulgar welcomed everybody and took the opportunity to congratulate his team for their excellent development and strong commitment and to thank clients and suppliers for their great support. Mr. Philip Gray addressed the guests on behalf of the board when speaking about the great growth of the Peruvian economy and development opportunities in Peru. According to Mr. Gray AnkaSea SAC is a good example of this growth; over the last two years AnkaSea has increased both its activities and market share substantially. He invited the AnkaSea team to continue their efforts and commitment to develop new business units in order to contribute further to the growth of the country.
Big thanks to all those who have been part of these developments in Peru, not only today, but also in the past!
Here are some pictures of the festivities: 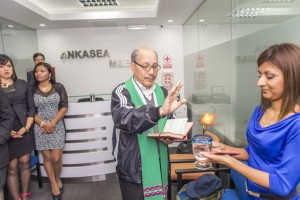 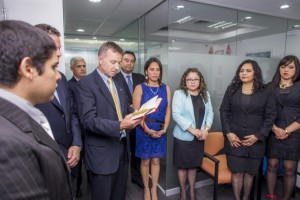 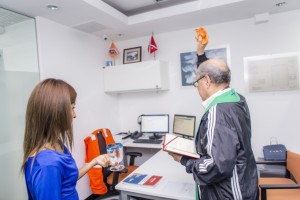 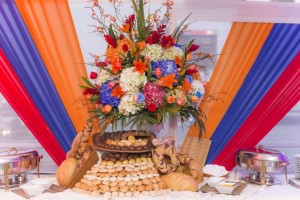 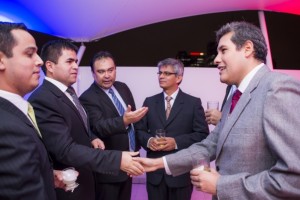 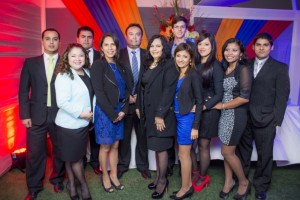 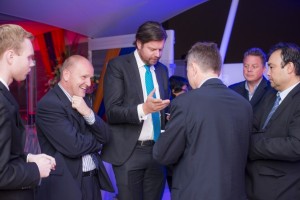 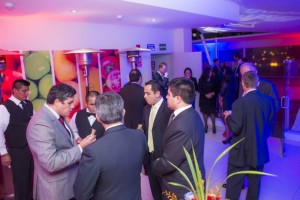